That was lovely, Daniel. You clearly have a lot of experience in front of the mic.
But you come across like a radio announcer. Remember, it can’t sound like acting.” 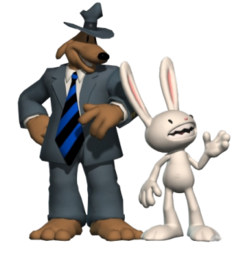 I was a little offended at that.

A few years ago, I attended a special workshop on voiceover acting for video games, put on by OMUK, a voiceover recording studio in London that specializes in video game dialogue. Aspiring performers come from all over the UK to train themselves up on the art and business of delivering a convincing voiceover performance in the increasingly sophisticated world of interactive entertainment. I had come all the way from Spain.

I had always taken pride on being myself in front of the mic, on staying genuine even when specifically creating a screencast with the goal of hard-selling a product. And yet there I was, being told that I sounded no more convincing than the schlock-jocks who hawk fan belts, fast food, and financial services down at Lite-FM.

Days after the workshop, I went back and listened to the segments I had recorded that day, and my eyes went wide. My instructor was right.

Honesty’s a rare commodity in VO delivery. The slick, singsongy warbles of the radio pitchman almost invite suspicion nowadays. Consumers have been taken in before. We’re wiser now.

Voice acting and screencasting narration aren’t remotely the same animal, of course. There are wildly different goals for each, but do remember that honesty in the delivery transcends all genres of voiceover work. It’s essential no matter what reason you’re going behind the mic.

So how to attain it, that’s the question. The cliché answer is “be yourself.” It sounds like something out of an after-school special. But sometimes clichés are so often repeated for a good reason. This one happens to be “right as rain.”

Based on this last point, it seems even I have some work to do, if my abysmal demo tape from that workshop is any indication. Radio announcers belong on the radio. Not in your screencast.

Why every screencaster needs a reel.

The 4 Reasons You DEFINITELY want to caption your screencasts

This site uses Akismet to reduce spam. Learn how your comment data is processed.